What type of sex are you having?

Ancient texts from India describe human activity as falling into one of three states, or qualities, called, in the Sanskrit language, tama, raja and sattva.

Each characterizes a specific state of awareness and is reflected in all the ways we live our lives, including how we eat and how we make love.

By understanding these qualities, we can transform our sexual activity into a sacred event. Instead of just grappling about, hoping for a positive outcome, we can envision physical connection as a soulful experience for the purpose of deep communion and intimacy.

When you scratch an itch, it feels good. Simple, uncomplicated pleasure.

Once relief is achieved, the whole matter of the itch disappears. After a delightful moment, the itch-energy is released, and the scratching can stop. There are rarely lasting memories or books to be written about the wonders of satisfying an itch.

Sexual energy is often treated as if it were an itch. The energy begins to stir in your genitals. If you’re fortunate and have a willing lover close at hand, you reach out for them, letting them know of your need. Together, you “scratch the itch”, soon experiencing relief, a delightful release as the tingling intensifies and then dissipates through an explosion of muscular contractions. An orgasm! To the body, much like a welcome sneeze, which has a similar pattern of build-up, intensity and discharge.

I love having my back scratched where I can’t reach it. While there’s certainly something intimate and personal about having my lover reach up under my shirt to scratch my back, those long handled Chinese backscratchers can do the job really well, and they always scratch exactly in the right place!

The impending sneeze has reached its climax and become history. The itch is gone. The sexual urgency has passed. Or has it?

Tantra, a spiritual path, originating in India, embraces sexual energy as a way of reaching blissful consciousness. In the lexicon of Sanskrit language, sex which resembles the scratching of an itch can be referred to as tamasic sex. Tama refers to that which is impure, heavy, low. A diet consisting mostly of meat is considered tamasic.

Tamasic sex, in its benign form, is sexual coupling that is pretty much restricted to one partner “getting off.” Little effort is made to provide pleasure for another. A man experiences tamasic sex when he limits his activity to the in-and-out thrusting of his penis; a woman when she lies passively on her back and allows him to do so.

A dutifully delivered hand-job or blow-job can also be very tamasic. Many experience tamasic sex out of ignorance, lack of interest, or because they have had unpleasant sexual history and have shut down their sexual response, declaring it boring.

Limited in pleasure and creativity, tamasic sex, like the sneeze or the scratching of an itch, is an organic response to a biological event. Sex for the sake of sex.

It is functional physical exercise, and for most men, can be quite satisfying because of the resulting climax. For women, this type of intercourse leads more to bore-gasm than orgasm. She will often fake pleasure in order to hasten the end more quickly.

She, while her Lover pants upon her breast,
Can mark the figures on an Indian chest.

One-night stands, especially when drug or alcohol induced, are frequently tamasic in nature. Sexual gratification is sought with no attention to relationship or spiritual nurturing. Men have an easier time being sexually satisfied, and so generally enjoy one-night stands, or quickies, more than women.

At its lowest and most reprehensible level, tamasic sex involves rape and sexual assault. One meaning of the word tama is anger. Couples who together express anger and rage through their sex can push themselves deeper into the darkness of tamasic realms. For some, this total immersion in tama actually frees them to experience the next higher level of sexual bonding. However, the cost of this approach is heavy with emotional scarring.

Rajasic food is hot and spicy. Rajasic sex is passionate and energetic.

There is emotional content, and sincere effort is made to excite one’s partner. Still orgasm-oriented, both men and women pursue the big O, the pulsating orgasm that through its intensity will propel them into the timeless moment aptly called by the French, le petit mort, the little death. A brief escape.

In rajasic sex, lovers seek to bring each other pleasure and to create pleasure for themselves. There is a warm and tender connection between the lovers. There is much giving and receiving.

Yet, exhilarating as it is, rajasic intensity takes place on a personal level, and at its completion can still leave each person alone with his or her own thoughts and emotions.

A rajasic lover is often driven by a need to prove herself or himself, a desire to be a good lover. Failure, or the fear of failure can have dire effects on the ability to succeed in doing so.

The dreaded performance pressure can create a downward spiral into unhappiness.

Some relationships begin with a great deal of rajasic sex, but cannot sustain the required energy output. Often a couple’s sexual activity becomes routine and dull, as both partners slip into a tamasic quality, with only occasional spurts of rajasic sex.

Movies are filled with hot rajasic sex. Audiences enjoy the vicarious pleasure and excitement and then return home to the torpid, sluggish affair their own lovemaking has become. They hunger for more passion, more intimacy, more something. The more can be found – not in more action, but in stillness, in quietude.

When sattvic sex takes place, there is a reversal of activity. Instead of the headlong rush toward the release of orgasm, there is a continual renewal of energy as it circulates within and between the lovers. The timeless moment expands with unlimited boundaries, allowing a prolonged experience of delicious and conscious awareness. No longer is there a concern for sexual performance.

Personal pleasure is expanded to include a cosmic sense of being. Individual satisfaction gives way to the universal presence of love. Spiritual oneness prevails.

Sattvic sex is calm and tranquil, and can best be enjoyed in complete stillness.

The ancient teachings of Tantra are designed to bring forth this spiritual experience through sexual energy, which is honored as the sacred and vital force of life. With only occasional movement to keep arousal alive, lovers embraced in sattvic sex find themselves able to abide together in a sustained state of deep peace.

There is a sweetness to sattvic sex. And like a well-flavored dessert, the sweetness lasts beyond the moment, permeating the core of your being and refreshing your sense of existence.

Sattvic sex is not divorced from the realm of tamasic sex but rises upward from its physical roots into a rarified atmosphere of meditative surrender. Couples in a relationship that is rich in sex, love and spirituality will find themselves moving in and out of these various types of sex, sometimes even during one lovemaking session. Similarly, while the most sattvic foods are natural, uncooked vegetables and fruits, our diets usually include all types of food.

Active love play brings relief and also provides us with a sense of being cared for, taken care of.

Conscious awakening into spiritual connection fulfills our innate yearning to know the truth of who we are. Sattvic sex allows us to joyfully encounter what the great sages and teachers of meditation have written about. Sattvic sex at its highest level is an impersonal experience, taking us out of our limited selves into a place where separation no longer exists.

When we enter into this third level of sexual joining with someone who is our beloved partner on the journey of life, we partake in a lasting gift of communion that endures and nourishes us on an ongoing basis. 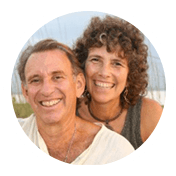 To receive updated schedules regarding intimate retreats, special offers, and email newsletters please sign up below.